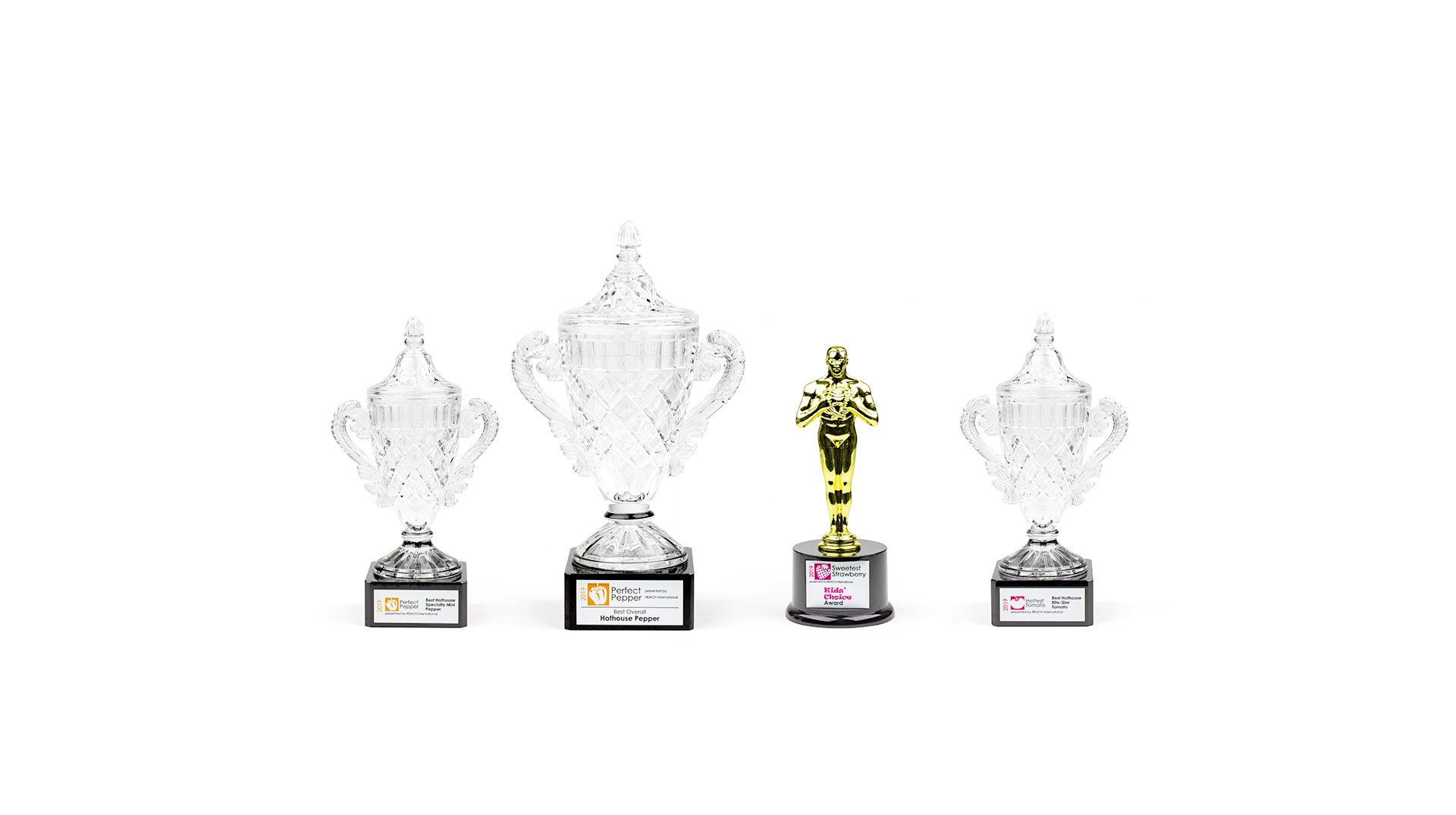 [Leamington, ON] — [June 19th, 2017] – Mucci Farms announces that it has been named the winner for Best Cluster/TOV for ProvaTM Premium On-The-Vine Tomatoes in the 10th Annual Greenhouse Competition. The Greenhouse Competition is presented at the Leamington Fair by REACH International to celebrate Essex County as being the largest greenhouse industry in North America.  All net proceeds from the event are dedicated to REACH International's Uganda project aimed at building schools, clinics and providing care for impoverished children in the African country.

“We believe that flavour has value, and our Prova Premium on-the-vine tomatoes are known for being smaller in size but superior in flavour.  It’s a versatile tomato that will become your go-to-tomato” said Emily Murracas, Director of Marketing at Mucci Farms.  “We are so excited to take part in this wonderful event celebrating the greenhouse industry every year and while we are certainly grateful to win this award, it’s a company focus at Mucci Farms to give back and this is one of the events we are proud to take part in on a yearly basis.”  In addition, Mucci Farms was awarded the Loyalty Award given to companies who have supported the program since its inception in 2007.  “REACH International has a great initiative to help children in less fortunate parts of the world and that objective fits seamlessly with our goals as an organization.”

Winners for the two-day Greenhouse Competition were selected in two stages.  First, on Friday evening, expert judges from the Ontario Ministry of Agriculture & Rural Affairs (OMAFRA), grocery store produce managers, chefs and a variety of industry professionals judged the entries with a pre-determined list of criteria.  The second stage happened collectively throughout Friday and Saturday in which the public voted at random for their favourite Tomato, Pepper and Cucumber for the “People’s Choice Awards.”

“At Mucci Farms, we strive to create irresistible cravings for healthy choices by growing fresh, flavourful, greenhouse grown produce.  We would like to thank the organizing committee, REACH International and of course, the people for voting for the Prova tomato” said Murracas.

The awards ceremony was held on Saturday evening, June 18th at the Leamington Fair.